Winnipeg firefighters battled a fire overnight at a home in Westwood. Fire officials say they were called to a home at 12 Magellan Bay at 1:37 a.m. with a report of a laundry room fire.

No one was injured. 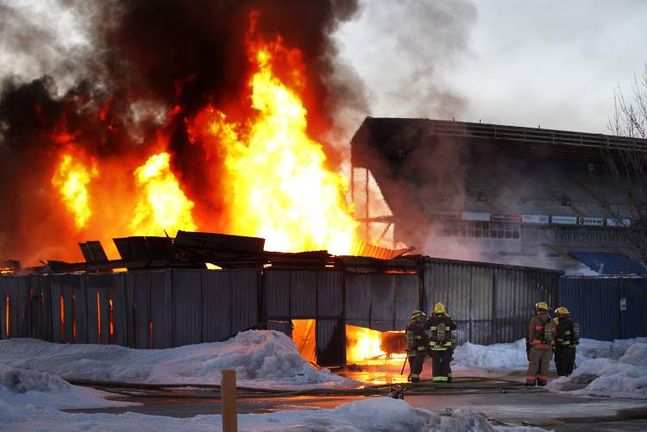 Firefighters tackle a fire in a shed at Canad Inns Stadium on Tuesday night.

The fire sent black smoke into the sky over the old stadium at about 7:45 pm. The situation became urgent when firefighters learned there were two 500-gallon tanks of gasoline behind the shed.

The shed contained artificial turf. By 8:40 p.m., the shed on the southeast corner of the stadium site was completely engulfed in flames and the roof had collapsed.

The cause of the fire is still undetermined.

Imagine the Insurnace on that car! 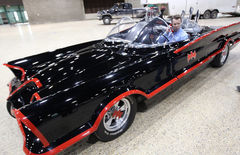 THERE’S Herbie the Love Bug, the General Lee, Kit, the Mystery Machine and the Partridge Family bus, but one Hollywood vehicle stands above the rest — the Batmobile.

To kids who grew up watching television in the ’60s and ’70s, the black and red gadget-filled super car — based on Ford Motor Co.’s abandoned “Futura” concept — was the epitome of cool.

Every fan of the classic Batman television series from the 1960s remembers the dynamic duo (played by actors Adam West and Burt Ward) hopping in and Robin saying, “Atomic batteries to power. Turbines to speed.” To which Batman would reply, “Roger, ready to move out.” And then they’d race out of the Batcave at top speed to take on the Riddler, Catwoman and the Penguin.

At the time, I would have given up every hockey card in the spokes of my bike and every nickel in my piggy bank to get a ride in the Batmobile. On Wednesday, my dream came true.

Our video editor, Tyler Walsh, and I met John Paul from Michigan-based TMG, which hauls specialty vehicles around North America for the World of Wheels. It hits the Winnipeg Convention Centre this weekend.

He’s charged with taking care of one of six Batmobiles that were used in the show. The one he’s constantly polishing up was likely one of the prop versions, meaning it was primarily used in stationary shots rather than driven around Gotham City.

Before we pull out for a short spin on the convention centre floor, I ask Paul for some Bat-advice. After all, I didn’t want to inadvertently trigger the rear-mounted parachutes used in making high-speed 180-degree turns.

“It’s just like a normal car. Unless you go into super mode with the jet engine,” he deadpanned.

“Not inside the building,” he replied.

I take in my surroundings — the Bat-fire extinguisher, the Bat-turn lever, the Bat-light, the Bat-starter switch (no keys!) and the Remote Batcomputer button. Strangely enough, there are no Bat-seatbelts. I start it up and the engine — reportedly from a Ford Galaxie — roared to life. As I slipped it into drive, I quickly realize the Batmobile idles at around 35 km/h.

As it’s made of fibreglass, the Batmobile is incredibly light so I’m hyper-conscious of hitting the gas and running through a wall. So I ride the brake virtually the whole time.

The Batmobile, perhaps not surprisingly, sounds like a race car and it handles extremely well. (It’s on a Ford chassis and the steering wheel is from an Edsel.) For a few fleeting moments, I feel like Batman.

I check the Bat-phone to my right just in case Commissioner Gordon is on the line. He’s not. The Bat-phone is made of wood. 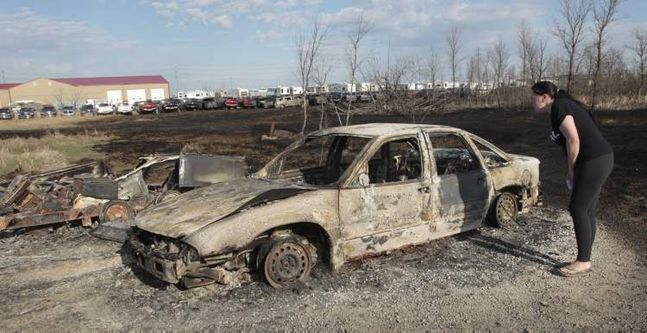 Stacey Titterton, manager of Steve & Niki’s restaurant in Headingley, at the fire scene behind the business where a grass fire Tuesday burnt an older car and two popup trailers along with other new vehicles parked nearby in a field. Photo Store

HEADINGLEY — Freak winds whipped a grass fire into an inferno, destroying part of a Dodge dealership’s truck inventory, and nearly took out a restaurant that’s a local fixture.

“Through fire, flood and storm, we’re still here after 45 years,” he said.

The roadside diner, Steve and Niki’s, was briefly evacuated when flames ignited grass metres away from its backyard.

The fire started shortly before 3 p.m. Tuesday but volunteer firefighters were here until after dark last night dousing hot spots.

Damage estimates were still being tallied this morning.

“It looks like there were 25 trucks that were involved. They weren’t all totalled but I was just out there counting them,” Headingley Fire Chief Doug Hansen said.

Investigators have yet to confirm an official cause of the fire.

The preliminary findings strongly suggest it was a grass fire, accidentally ignited by exhaust fumes from a van.

A local dealership had parked dozens of trucks in the high grass yesterday, including the van that got stuck.

“It was an accident. They were just young guys and they got stuck. You’re first initiative is to get out but the ground’s soft and the grass is dry,” Hansen said.

Why you need an MCCA care Provider 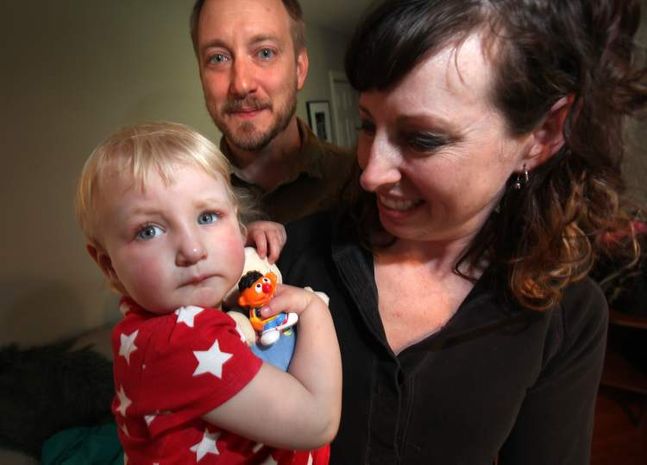 Maegan Clerihew and Matt McBurney felt lucky to get a spot in a licensed daycare for Sylora, 2. Photo Store

One week ago, six young children were left alone at an unlicensed daycare — in the same kind of “stranger care” an estimated 24,000 children are receiving in Manitoba.

“We should be scared,” said Pat Wege, executive director of the Manitoba Child Care Association, after an unnamed 33-year-old daycare operator was arrested last week for leaving six kids between the ages of one and five.

“There is no watchdog when it comes to unlicensed child care, other than parents,” she said.

Police said the daycare operator was released on her own recognizance but did not say whether any charges — such as child abandonment — had been laid. Her daycare is no longer operational, police said earlier.

‘There’s plenty of outrage, there’s just no accountability. Unfortunately, it takes something happening for people to wake up and say “How was this allowed?” ‘– Pat Wege, executive director of the Manitoba Child Care Association

“There’s plenty of outrage, there’s just no accountability,” Wege said. “Unfortunately, it takes something happening for people to wake up and say ‘How was this allowed?’ ”

There are no demographic data gathered but it’s estimated half of the 113,7000 children with a mom working outside the home are in the unlicensed care of a relative, friend or neighbour, she said.

The other half are turning to “stranger care,” said Wege. A total of 32,000 are getting licensed daycare and another 24,000 “children are going somewhere.”

“In the absence of any reliable demographic information, that’s a lot of babysitters unregulated,” said Wege. “My organization has raised this as a concern many times over the years as demand for child care has increased.”

As of March 31, 10,708 kids in Manitoba were waiting for a daycare space, with more than 8,700 in Winnipeg, the online child-care registry said.

“How many are in unlicensed homes that provide child care inside or outside the law?” Wege asked. “We know how many more nurses and doctors we need and how many nursing-home beds but we don’t keep track of this,” said Wege. “All we’re left with is having to make some guesses.” Child care doesn’t get the same kind of attention as care for the elderly, she said.

“When my parents needed it, I didn’t have to go looking for eldercare on the bulletin board at Safeway,” said Wege.

“I’d probably stop working before I’d do that,” said Maegan Clerihew, mother of two-year-old Sylora. She said her husband, Matt McBurney, registered for child care when Clerihew was four months pregnant. When a spot at the daycare in their area opened up in September, “it felt like winning the lottery,” Clerihew said.

The province said it has more than doubled its annual investment in early learning and child care over the last decade. More than 200 affordable, high-quality child-care spaces became available in the province in the last two months alone with the opening of five new and expanded centres. These are the first of up to 26 new and expanded centres announced in the 2013 budget, a spokesman said by email Monday.

There is no legislative requirement for private child-care homes to be licensed if they have no more than four children under age 12, including the children of the care provider, he said. A “compliance/investigations and resource analyst” has been hired to give the province a greater ability to investigate complaints about unlicensed child-care homes and act more quickly.

The unlicensed sector is thriving because demand for child care is so high, Wege said. She said she hopes unlicensed child-care providers get the message.